ProActivo. The general manager of Las Bambas, Edgardo Orderique, as well as the TICA manager of Chinalco, William Coronado Falcón and the manager of the Cuajone mine, agreed to recognize advances in the three large copper-producing mines in Peru.

The government, through the High Commissioner for Dialogue and Development of the South Road Corridor, Paola Bustamante, works so that the obstacles in the South Road Corridor are resolved. There are a number of expectations from the communities and the government is interceding in this regard, said Las Bambas general manager, Edgardo Orderique, in interview with ProActivo.

The executive said that the railroad or mini-pipeline options are being evaluated to send the ore to the port of Matarani in Arequipa and hopes to have a response by the end of 2020. “I estimate that by the end of this year we should have a tendency to know towards where are we going”.

Las Bambas and its impact in Peru

During his presentation at the Mining Engineering Week 2020, he explained the improvements in the processes of Las Bambas mining company, which had a production of 383 thousand tons of copper concentrate during 2019, representing a fall compared to 2018 (385 thousand tons).

These figures were achieved with an investment of 33 billion soles by Las Bambas, Orderique said.

One of the most important tasks of the mine is the transport of concentrate, which is taken to the port of Matarani located in Arequipa. Las Bambas travels 730 kilometers until it reaches that location and exports.

To carry out this work, it uses 125 trucks daily, each of them presenting the bimodal system, meaning a hybrid between truck and train to load a greater amount of concentrate.

Optimism in the copper market

Orderique was optimistic with the appreciation of copper at the beginning of this year because it has been trading upwards compared to the year 2019. “I see the copper market quite optimistically. We have started with US $ 2.80 a pound. Last year we were less than 2.70”, he said. He also highlighted the importance of international markets and relations so that the price of the mineral can be maintained and has a more economical price for all miners.

It is necessary to work in the mining of tomorrow, breaking paradigms to remain competitive, as well as continuing with the training of the people, were the conclusions of William Coronado Falcón, TICA Manager of Minera Chinalco that operates the Toromocho mine, who stressed the importance of Mining automation and the use of technology to improve processes and reduce production costs.

The executive said that according to the prestigious global consultants EY and Deloitte, innovation, cybersecurity and the digital revolution are the challenges of mining.

Regarding the costs of mining, he said that it is difficult to control sales prices, but that the mining company must optimize processes to be profitable. “Reducing costs is not the same as eliminating expenses within the production process. By not controlling the sale prices, mining is obliged to optimize processes to remain competitive, ”he said during his presentation.

“Before eliminating expenses or increasing those that can increase productivity, it is necessary to diagnose current processes from the perspective of the value chain”, he added.

The manager also emphasized the importance of innovation, especially technology to create intelligent systems and improve production systems. He also commented on the importance of automating mines, that is, making them modern and addressing the need for cybersecurity. “Mine automation represents the future of the industry. Innovation points to systems and technology”, he said.

The manager also emphasized the importance of innovation, especially technology to create intelligent systems and improve production systems. He also commented on the importance of automating mines, that is, making them modern and addressing the need for cybersecurity. “Mine automation represents the future of the industry. Innovation points to systems and technology”, he said.

Among the modernities of the mine, he said the latest technology is used, including robots for them to perform those tasks that could put the worker at risk.

Southern Copper is one of the companies aimed at high technology. Javier Salazar, manager of Mina Cuajone Southern Peru Cooper Corporation announced the implementation of four autonomous dump trucks (which do not use an operator) to promote worker safety at the mine. He added that this process will go a few, but its goal is to be at the level of certain Chilean companies that use much more machinery of this type.

“Autonomous tippers will provide us with security, also for productivity. It will be a challenge because you have to train the staff”, he said.

Asked by ProActive about what role traditional dump operators will play, the executive expressed that they should be trained to perform other tasks. “Many times it looks like there is no operator and there is no job. It’s not like that. New jobs are generated with which the staff has to be prepared, it must be trained in new skills for the new positions that are generated. The staff must be prepared so that the new positions are filled by them”, he explained.

Salazar said that Southern contributed 420 thousand tons of ore in 2019 thanks to the expansion of the Toquepala mining company. However, the Tía María and Michiquillay projects are further behind, because they still do not produce.

He saw auspicious copper consumption, and noted that the world demanded 23 million metric tons of red metal in 2019.

The executive said that although Moquegua between 2015 and 2017 did not execute 57% of its budget; In 2019, the University of Moquegua executed 94% of its allocation by mining fee.

Toromocho is located in the Junín region and is a subsidiary of Aluminum Corporation of China – CHINALCO.

Cuajone is located in the region Moquegua is operated by Southern Peru Copper Corporation.

You can also see 📹 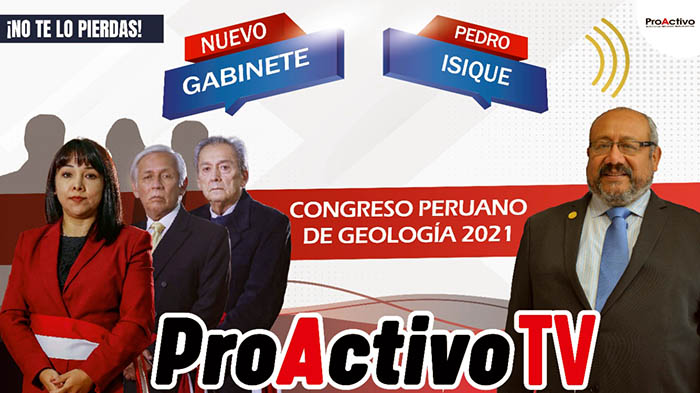 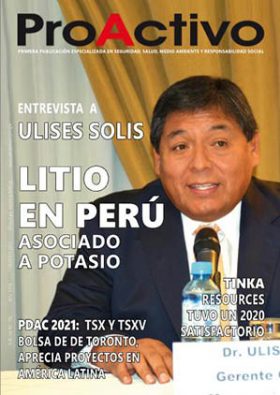